Add your posts and news on this page...

When we track down David Guetta in Paris, he's already been told by his manager about his Top 100 victory. "I'm very happy of course, I was thinking it was going to be impossible for an...

Dutch powerhouse DJ/producer and scene leader extraordinaire Armin van Buuren has historically been the highest performer in the Top 100 poll, holding onto the No.1 spot for an unpreceden...

He won DJmag's Top 100 DJs poll three times in the early noughties (2002-4), but if anything, Tijs Verwest aka Tiësto is bigger than ever now."The whole year has been one amazing highli...

Deadmau5 holds steady at No.4 in the poll this year, despite not campaigning whatsoever (and moaning on Twitter about others who did). But is it right that he appears at all? As he mentio...

For Paavo Siljamäki, Jono Grant and Tony McGuinness, 2011 has been all about 'Group Therapy'. Which, of course, was the name of their second album (or third if you count 'Sirens Of The Se...

Best Disc Jockey in the World 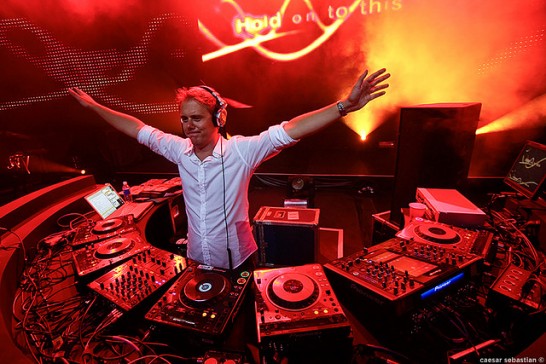 Armin Van Buuren tops the 2010 list of the Top 100 Djs in the world, as compiled by DJ Mag. Van Buuren beat out David Guetta, Tiësto, Deadmau5 and Above & Beyond for the top position.

For Van Buuren, it’s his fourth year at the top.

“It’s pretty obvious when you’ve been voted top for three years that at some point you have to come down,” says Van Buuren. “But, obviously, it’s a people’s vote, and I’m not going to lie and say I wouldn’t like to win it again.”

Check out the full list below. Unfortunately – you can play the “Where’s Waldo” of the Top 100 DJ List by looking for a woman on the list. And how many DJs on the list can you find that say they aren’t DJs?

Sam Loco Efe had traveled to Owerri to edit a movie 'Unknown Prophet' which was shot in Port-Harcourt. Efe had directed the movie.

On Saturday, August 6, 2011, the 69-year-old veteran had told his crew to grab some sleep after a long day of work, they were meant to continue the following day. The next day, the crew waited for him to continue work but after sometime decided to go wake him up from his hotel room. Upon getting there, they heard no response after repeated knocks on the door. They were forced to open the locked door to gain entry only to find the actor dead.

They described the late actor as "a gentleman and a seasoned actor,"adding that the industry has lost a rare gem." 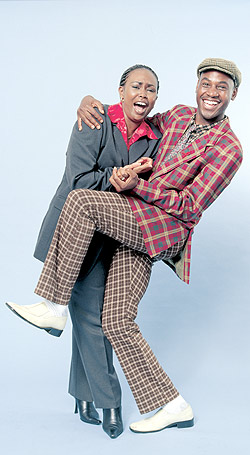 Love her or hate her, the no nonsense Kiss 100 radio presenter knows her stuff well. She has been at Kiss FM for over a decade now and is one of the reliable presenters of the station. The former banker and UON alumni has been instrumental in signing up clients to advertise in the station. Although one may match her radio presentation, her emotional connection to brands is what makes clients sign up time and again. Sometimes she gets too entangled in the murky side which has seen her face some libel/defamation charges. She co presents the morning radio station with Jalang’o and Larry Asego. 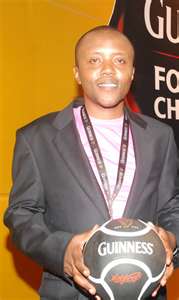 Maina Kageni has been in the media industry for slightly over a decade. He is currently the morning radio host at Classic 105 with Churchill. Classic 105 is a sister station to Kiss 100 radio Africa stable. He went to the UK for further studies but dropped out to engage on his own businesses. His big break came when he was the MC of the Shaggy coming to Kenya in 200/2001. He is known for his flamboyant lifestyle and regularly visits the US for holidays in Las Vegas. He is rumored to be driving a hummer. Seems the gamble of dropping out of school paid big time for the media star. 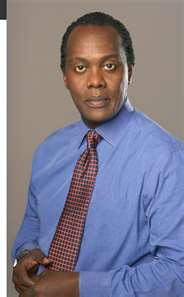 Jeff Koinange of the “All Kenyan ………….Pause………….All the time” came to the limelight as a CNN reporter. He reported with the likes of Isha Sessay. He left CNN under controversial circumstances. He was a cabin crew member of an airline company where his voice caught the attention of travelers who urged him to enroll in a media college. He is currently a TV host with K24 and is famous for the “capital talk show” on the station. He has apparently patented the name of the show and can stage the name of the show at whichever TV station he joins. 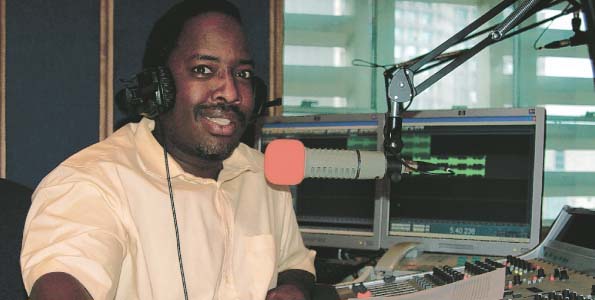 Munene Nyagah is best known for his infectious laugh. The former mason University trained teacher has been at the nation media group for over a decade. He was with nation Fm which rebranded to Easy FM. He currently co-presents with Marcus on Easy FM. He also hosts a Kiswahili radio program ‘Kiswahili Mbadala’ with Nuhu Bakari on QFM, a sister station of Easy FM. 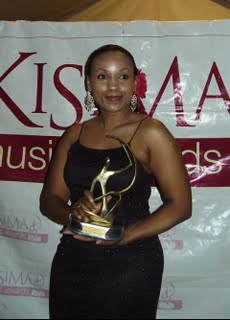 Sheila has shuffled between Kiss FM and Easy FM. She currently hosts the easy FM mid morning show. She is also a singer and has lately featured on some of the outdoor advertising billboards

Its hard to classify Sheila Mwanyiga in terms of career because you can say she is a musician a radio presenter, a T.v personality etc.

She has become more popular lately due to her hosting of the popular T.v show, the Tusker Project Fame sponsored by East Africa Breweries which nurtures talented young people with interest in music career. Sheila Mwanyigah has been co-presenting the show with the flamboyant Ugandan Dr Mich Egwang who most analyst say they do not go along well.However in a recent interview with Swala Nyeti, Sheila Mwanyigah said those people who say they are not going along well are malicious people out to spoil their name and the name of the show.Whatever the case may be its clear from the observers that Dr Mich sometimes goes about in the show like he is all alone on the podium, like he wished he was taking the whole attention  alone.

T.V shows aside Sheiula Mwanyigah is a radio host which she takes on with alot of softness and tenderness although she may not be as good as peoplle like Maina Kageni or Munene Nyagah(watch out for their stories another day)

Sheila Mwanyiga is also a musician  known as Nikki to her fans, although she hasn't been very prolific in her music career. 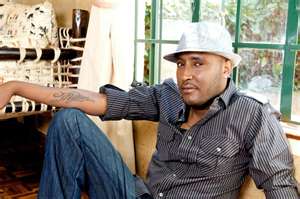 The Kiss 100 Fm presenter has been at Kiss for over five years now. He has been known to say it as it is with his listeners although they seem to love this. Known to be a buddy to Maina Kageni.

Kenyan music has come a long way. It s hard to imagine that there was a time when Kenyan music could never be played in our local FM stations. This has all changed and Kenyan musicians are certainly on a rollercoaster. Such musicians as Hardstone clearly shaped the industry. Some of the musicians now drive start of the art cars and live in exclusive neighborhoods. Others also use music as a springboard to careers in the entertainment sector. For instance, some radio presenters such as Sana, DNG, Angela Angwenyi, started off as musicians. Recently, some of the musicians have also secured corporate endorsements. For instance, Jua Cali, Nameless, Amani secured lucrative endorsements with companies. This has allowed them to lead a very fast paced lifestyle and led to the creation of the Kenyan celebrity culture. Just as with any celebrity culture, rivalries will always have to pop up in a competition for supremacy within a given field. For instance, there is an intense rivalry between nameless and Redsan, Nikki and Nyota Ndogo, Amani and Wahu, Jua Cali and Nonini amongst others. 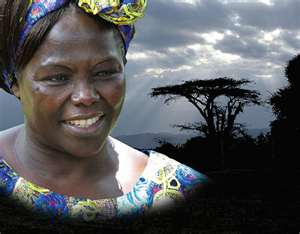 A great dark cloud has covered the earth..we have lost a source of light and now the earth is dark with tears in its eyes..trees once green are now apparently dark with mourning but atleast it is going to rain, and the earth will reap of the green seedlings planted by its warrior..all is not lost; we wanted you here with us on earth but the almighty wanted you more with him..may you rest in eternal peace Prof. Wangare Maathai...

I am highly honered to thank all fans supporting me and the local artists around East Africa much love going back to Mzazi Willy M. Tuva for making sure that there is no local talent that goes untapped.

Mzazi is trully a parent to the youthfull genereation we are in now.

I can not forget one humbled and dedicated lady, Sharon Amwai. You know what you have done for me and I love all the support and dedication you have showed me.

May The Almighty God bless you.

Have you heard that Willy M. Tuva of Mambo Mseto, Radio Citizen and Deejay Flash alongside other reknown artistes will be at The Eldoret Polytechnic on 25th June at the poly grounds for the biggest  talent show ever held in the entire North Rift region?

Now you know so come along see what's popping...